Our first Down Under week is in the books. Monday took us forty minutes north to Lake Narrabeen on the Collaroy Peninsula. The leisurely walk started comfortably enough with temps in the low-60’s. We chose a weekday to avoid the hubbub and were treated to a solitary lakeshore. 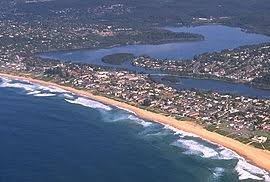 A third of the way around the lake, students encountered a series of seemingly random placards commemorating Australia’s involvement in past military conflicts. Some remarked the tree-covered trail seemed an odd place to speak of the war dead. I told them to soldier on and their questions would be answered soon enough. Fifteen minutes later, a break in the trees revealed the ANZAC (Australian/New Zealand Join Forces) Retirement Community.

Pausing in front of a activity center named The Dardanelles, we circled to discuss the curious site before us. My co-leader, Tibor Lendvai, took the reins. With twenty-five years as history teacher in Sydney, all the place names before us held special meaning.

Tibor told how The Dardanelles (also known as Gallipoli), was the first major engagement of Australian troops in an overseas theater in what is now Turkey. Trench warfare led to a harrowing scene where an Australian Division was mowed down by Ottoman machine guns. Some 8000+ Australians died during the year-long battle. Mel Gibson played the title role in the 1981 film titled Gallipoli.

Tibor explained how ANZAC Day (Australian/New Zealand Army Corp) is celebrated in both countries and is their most important national holiday. He discussed how troops joined together on this and future wars and united two cultures separated by a thousand miles of Pacific Ocean.

Following our history lesson and lake walk we headed twenty-five minutes south to the beach town of Manly. Instead of sparkling blue waters and sand between our toes, we were greeted by an Antarctic cold front complete with wind, mist, and bone chills for those in light clothing.

Our group opted to survey the pub scene instead of the beach walk and settled on an ocean view minus the cold breeze. Around a large table, I pulled up 100 words of Australian slang on my smart phone. I placed all the banknotes in my pocket on the table and paid out $1 per word to whoever guessed right. Surrounded by Bruces, we talked about the hard yakka coming up next week and how their bosses had no time for bludgers. With a choc-a-bloc schedule in front of us, I told them to lay off the stubbies and tinnies until next Saturday. This was no week for breaking out the slabs and skulling. After Friday, they could don their budgie smugglers, stoke up the barbie and relax in Straya.

7. Beauty! – Great! Most often exclaimed as “You Beauty”

8. Billabong – A pond in a dry riverbed

12. Bludger – Someone who’s lazy, generally also who relies on others (when it’s someone who relies on the state they’re often called a ‘dole bludger’)

13. Bogan – This word is used for people who are, well let’s say, rednecks. Or, if you like, just call your friends a bogan when they are acting weird.

32. Crikey – an expression of surprise

34. C*nt, the “C” word – Used when exchanging pleasantries between close friends or family member. If someone calls you the “C” word in Australia (and you haven’t done anything to make them angry), then breathe a sigh of relief… it means you have entered the mate zone.

42. F*ck Me Dead – that’s unfortunate, that surprises me

47. Galah – an Australian cockatoo with a reputation for not being bright, hence a galah is also a stupid person.

50. Goon – the best invention ever produced by mankind. Goon is a cheap, boxed wine that will inevitably become an integral part of your Australian backpacking experience.

55. Larrikin – Someone who’s always up for a laugh, bit of a harmless prankster

56. Legless – Someone who is really drunk

59. Manchester – Sheets / Linen etc. As someone who’s from England, finding a department within a shop called Manchester seriously confused me at first.

68. Piss Up – a party, a get together and in Australia – most social occasions

77. Root Rat – someone who enjoys sex (maybe a little too much)

83. Sickie – a sick day off work, or ‘to pull a sickie’ would be to take a day off when you aren’t actually sick

90. Strewth – An exclamation of surprise

92. Stubby Holder – Used so your hands don’t get cold when holding your beer!

98. Thongs – Flip Flops. Do not be alarmed if your new found Australian friend asks you to wear thongs to the beach. They are most likely expressing their concern of the hot sand on your delicate feet.

99. Tucker – Food. ‘Bush Tucker’ tends to be food found in the Outback such as witchety grubs. 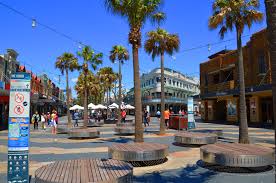 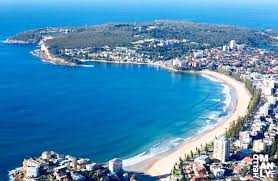